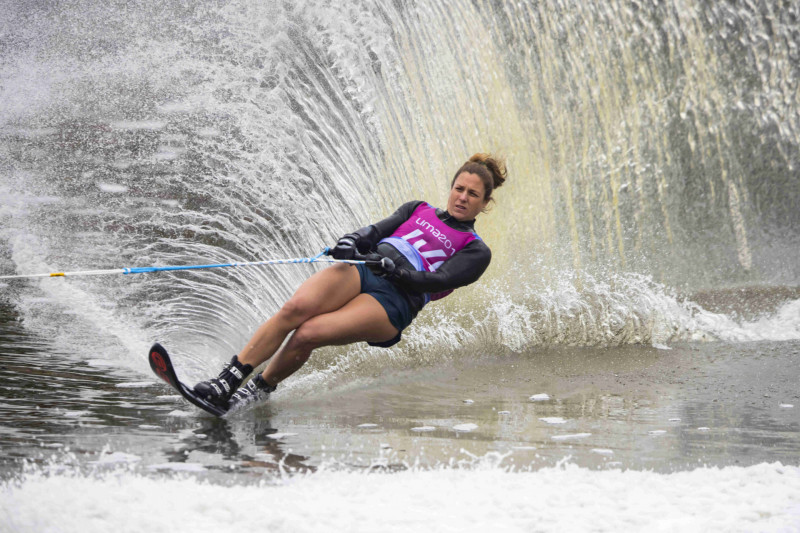 My name is Regina Jaquess, and I am a professional water skier. I was born in Duluth, Georgia, an Atlanta suburb. When I was young, my family relocated to Santa Rosa Beach, Florida. With that, it is no wonder that I was immediately drawn to the sea. At the tender age of five, I began competing — and winning— on the water.

Growing up, my sister and I loved sports and participated in a bunch of them including gymnastics, ice skating, basketball, tennis, swimming, etc. We developed an interest (later a passion) for competitive water skiing.

We soon realized that if we wanted to be good at any particular sport, we had to limit the number of sports we were playing. We both decided on basketball and water skiing. My sister and I played basketball on our respective high school varsity teams.

After high school, both of us were honored with athletic scholarships for water skiing to the University of Louisiana-Monroe, where we won several collegiate National Championships and were collegiate All-Americans.

A sport like water skiing where my personal jump distances exceed 180 feet, has taught me that injury is always on the horizon. I have torn my meniscus and experienced back and shoulder issues, but never did I think I would get injured and have to potentially stop competing.

In the spring of 2021, I was preparing for my tournament season and was looking forward to the first major event of the season, The Masters. This is a huge, world-class event at Callaway Gardens in Pine Mountain, Georgia. I was practicing jump one week before the Masters. When I hit the ramp, I felt something strange and my right knee instantly started hurting. I thought maybe I tweaked it and I didn’t worry about it at the time. It didn’t swell up too much and I thought maybe I could just slalom and not jump at the Masters. I was able to get an x-ray that evening.

I have two friends that know Dr. Lyle Cain (Lyman Hardy-Tuscaloosa and Ben Favret, who was a fraternity brother of Dr. Cain at the University of Alabama). Both contacted Dr. Cain about my injury and told him I was a top athlete in my sport and that I needed to get back in the game fast.

Dr. Lye Cain called me directly, and the next day I was on my way to Andrews Sports Medicine in Birmingham. He had an MRI scheduled and after reviewing the results with me had me on the way to ACL surgery the next day! I knew who Dr. Cain was from all that he has done for other athletes and I have the utmost respect for him, but at the time I didn’t want to be there. I was scared I wouldn’t be able to ski again. I knew there was an issue though. It hurt to bend my right leg.

Dr. Cain had such a calm demeanor. I knew he had treated various knee injuries on not only water ski athletes, but also NFL, NBA and MLB superstars. When Dr. Cain advised that I had torn my ACL I was really upset because I was at the peak of my performance, and just could not be out for the season or longer. He told me to take a deep breath and look around. I saw all the jerseys of pro and college athletes and he said most of them have torn their ACL and they came back better than ever. I was in denial and wanted to have something done fast.

My experience with Andrews Sports Medicine was amazing! The staff and others at the facility were so nice. Dr. Cain was focused on getting me back on the water safely, but as fast as practical. He helped me find a physical therapy center close to my home and that I should start therapy the day I returned.

After my surgery, the pain I felt was the worst I had experienced. It was very hard physically, but also mentally so soon after the surgery. I put my head down and was determined to get through the PT sessions and I remember thinking, “what is this protocol he has me on?!” I saw Dr. Cain back at his office a couple weeks out of surgery. He did a thorough check and asked me questions about how I felt. He made sure my range of motion was where it needed to be as well.

After my second post-op visit with Dr. Cain, I was still in a lot of pain, but I had an intense desire to ski again. The thing about Dr. Cain is that he understands athletes. He knows how we think and how we are wired. He knew I would lose it mentally if I didn’t try and get up on my ski now. He told me to take it slow and just keep skiing down the lake, but he said, “you have to ski!” I worked up to doing 2 hours of physical therapy trying to see if I can get back faster.

About 4 months post-op, I competed in the Malibu Open in slalom. I had won that event the past 7 years and I didn’t want to break my streak, but I thought it was great and a bit crazy that I was back to skiing only 4 months out of ACL reconstruction surgery. Dr. Cain watched every tournament I was in via webcast. I made the podium and was out of first place by only one buoy.

I am so glad I decided to compete at that time. I was top seed a few weeks later at the World Championships and finished in 2nd. Two weeks later, I skied a pro event and won, only 5 months post op! It was very challenging to get back to where I was, but Dr. Cain supported me through it all and he knew the questions I would ask. I reflect back on those moments a lot and I couldn’t imagine if I didn’t ski.

To his credit, Dr. Cain realized what competing meant to me. The next spring, I competed in the Swiss Pro slalom and won, keeping my undefeated streak from that pro event. Then I tackled the storied U.S. Masters in May (one year after my ACL surgery) and won the slalom title for the eighth time in my career.

I am so thankful to Dr. Cain. There is no one else who would have pushed me as hard as he did. He is so knowledgeable and confident. He is more than a surgeon; he respects athletes and knows how it can affect them mentally. I have never worked so hard in my life to get somewhere. I was exhausted but didn’t want to wait, so I just did it, followed all of Dr. Cain’s protocols.

Andrews Sports Medicine and Dr. Cain have done so much for me. I consider Dr. Cain one of my best friends. I never thought I would be back at on the podium only four months out of ACL reconstruction surgery. I never thought I would be able to get back to where I was before the injury, but Dr. Cain knew. I am also thankful for my personal trainer, Glenn Cruz, whom I've trained with for more than 10 years. He agreed with the approach Dr. Cain took and worked to develop an exercise program to complement my recovery.

I give all the credit to Andrews Sports Medicine and Dr. Cain for expediting my return to skiing after a torn ACL! 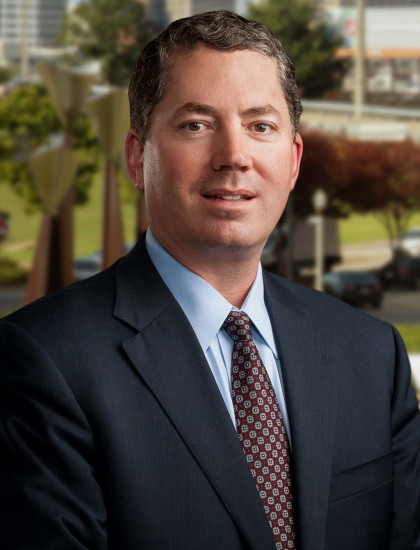