Back in April of 2021, I went on a vacation to St. Lucia. We did a pretty strenuous hike and it was very long and tiring. The next morning I woke up and thought I had pulled a muscle in my right glute. I laughed it off thinking it was no big deal. I didn’t think it was too severe to need any medical attention. However, the pain got worse and it was a nagging sort of pain. It hurt to sit for long periods of time. I talked to a former student of mine, Ryan Huff, who works at the ATI Physical Therapy in Oxford where I am from. I let him work with me to try and figure out what it could be.

This was about 3 months ago after the vacation. The pain started in my right glute and progressed to my calf and my foot. Ryan thought it may be my back that was causing the pain. It also could have been an overuse injury because I did marathon running and I was a group fitness instructor for 20 years. I went to an orthopaedic doctor in Oxford to get another opinion. I knew I needed an MRI first. The results came back and I had arthritis in my spine and degenerative disc disease.

I knew I didn’t want to have surgery if I didn’t have to so I got epidurals. This was about a 3-4 month process and I felt no relief. It normally takes about 3 epidurals to have some relief and I had none after all 3. I needed another answer, so I went to a neurologist at St. Vincent’s. The first MRI I had done was an open one, so this time, I had a closed one. The results were the same as the first. During Christmas time, I was told I should do a myleogram. I waited until about February of this year to have that done. There was no diagnosis and It was not an issue with my nerves. I was referred to go to an orthopaedic doctor again.

Finally, my friend Ryan suggested Andrews. At this point, it had been almost a year and I was so frustrated. The pain was not getting better. In a way, my job made it worse since I was having to sit all day long. I saw Dr. Benton Emblom back in March of this year and took the MRI images I had with me to show him. He finally gave me a diagnosis- I had torn my gluteus medius tendon. I was relieved in a sense that he had finally told me what was wrong and what had been causing all the pain. I was very confident with him and he told me he does these surgeries all the time and that he could fix me right up. I had the surgery the 2nd week of June and it was an easy surgery. When I saw him a week ago, I had almost no pain. Of course there was a little after the surgery but it has been a good recovery. Yes, I had been inconvenienced a little during the summer from having to recover but I am glad I got it taken care of.

I did 2 months of physical therapy here at ATI and it was pain free. I had almost given up because I had been to multiple doctors and didn’t get any answers. I know injuries are often misdiagnosed or it takes a while to find the problem. I am so grateful for Dr. Emblom and his staff, they have been amazing. Everyone, from Dr. Emblom to Alexis, his appointment scheduler to his fellows have been great. Andrews is a top notch facility and I am so glad I was taken care of here. 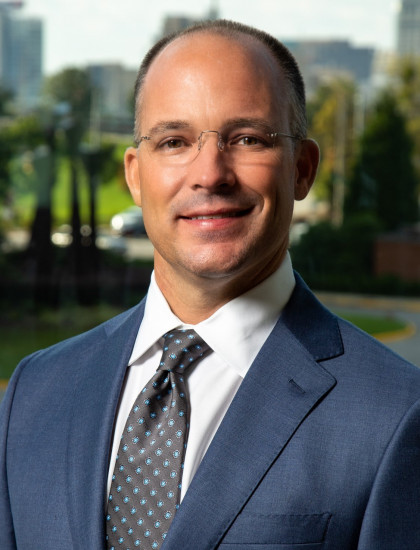