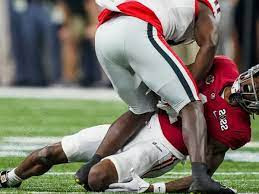 The Detroit Lions are determined to proceed cautiously with first-round pick Jameson Williams in his return from a torn ACL, but the speedy Alabama receiver could be medically cleared by training camp, and once he’s on the field the doctor who performed his surgery said he’s confident Williams will “get back to his normal self.”

“Jameson’s goal is to play first preseason game, obviously,” said Dr. Lyle Cain, an orthopedic surgeon and sports medicine specialist at the Andrews Sports Medicine & Orthopaedic Center in Birmingham, Alabama. “I told him, I said, ‘Look, depending on which team you go to, most teams are probably — they’re going to be very conservative. You’ve got to understand that.’ And he’ll get talked into it, but I know he’s, in his mind said he’s going to be ready Game 1.”

Williams tore the anterior cruciate ligament in his left knee Jan. 10 during... 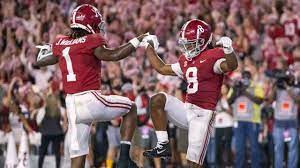 Two years ago, the long-term prognosis of Tua Tagovailoa’s hip injury dominated the discussion around...