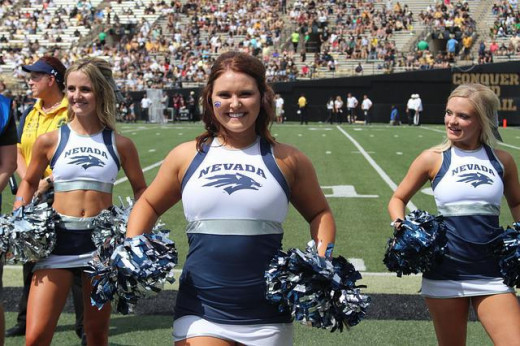 Legend has it that cheerleading started with a University of Minnesota student standing up in the stands and leading his fellow students in “cheering” for their team during a football game. Cheerleading has morphed drastically since then. Today, it’s considered an athletic activity that incorporates elements of dance and gymnastics along with stunts and pyramid formations. In 2002, an estimated 3.5 million people in the United States participated as cheerleaders, from six-year-olds to adults who cheerlead for professional athletic teams. While cheerleading is meant to support an athletic team, its intense competitions at the high school and collegiate levels have created a whole new dynamic, including increased risk for injury.

What Types of Injuries Are Most Common in Cheerleading?

The U.S. Consumer Product Safety Commission (CPSC) estimates that cheerleading led to 16,000 emergency room visits in 2002 (the latest year for data). While not as frequent as injuries in other sports, cheerleading injuries tend to be more severe, making up more than half of the catastrophic injuries in female athletes. Cheerleading injuries affect all areas of the body — most commonly the wrists, shoulders, ankles, head, and neck.

How Can Injuries Be Prevented?

In an attempt to curb the amount of catastrophic injuries in cheerleading, restrictions have been placed on stunts. They range from height restrictions in human pyramids, to the thrower- yer ratio, to the number of spotters that must be present for each person lifted above shoulder level.

For example, the limit for pyramids is two body lengths for the high school level and 2.5 body lengths for the college level, with the base cheerleader in direct contact with the performing surface. Base supporters must remain stationary and the suspended person is not allowed to be inverted or rotate on dismount.

Basket toss stunts in which a cheerleader is thrown into the air (sometimes as high as 20 feet) are only allowed to have four throwers. The person being tossed ( yer) is not allowed to drop the head below a horizontal plane with the torso. One of the throwers must remain behind the yer at all times during the toss.

Mats should be used during practice sessions and as much as possible during competitions. Cheerleaders should not attempt a stunt if they are tired, injured, or ill, as this may disrupt their focus and cause the stunt to be performed in an unsafe manner.

The importance of a qualified coach is also critical. Coaching certification is encouraged.

Precautions should always be taken during inclement weather for all stunts. Also, a stunt should not be attempted without proper training, and not until the cheerleader is con dent and comfortable with performing the stunt. Supervision should be provided at all times during stunt routines.

As with any sport, proper conditioning and training are important to minimize injury, including:

How Are Cheerleading Injuries Treated?

Immediate medical attention is required for any cheerleader with a suspected head or neck injury.